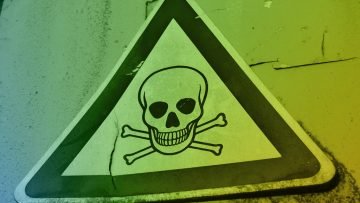 What are the 4 toxins of teamwork?

The concept of the four toxins – also called the 4 horsemen of the apocalypse – has been developed by professor emeritus of psychology at the University of Washington, John Gottman. They are the most common misbehaviours in teams, with a direct negative impact on teamwork and trustful relationship. If used frequently, any of these behaviours becomes highly destructive. Knowing and sharing the four toxins is an effective conflict resolution skill. It is especially important as – to a certain degree – every human being uses one or several of them from time to time. It’s simply in our DNA. At the root of each of these not very skilful behaviours, there is a good intention. Team leaders can leverage these positive intentions and resolve conflict with the help of the antidotes for each toxin, and by this foster teamwork and a high performance environment.

Blaming is when somebody verbally points the finger at another person. It is frequently expressed in form of accusations aiming directly at a person rather than it’s behaviour. Common blaming starts with “you are…” instead of “your contribution…” or “your action…”, and can be expressed in a harsh, dominant, even aggressive way.

Blaming usually points at an existing issue in the team work, something that needs to be addressed. Generally it is articulated from a place of powerlessness, and it does aim at improving the team’s performance. If you do blame, pay attention to criticise the behaviour rather than the person. Don’t limit yourself to criticising the other, go one step beyond and propose a specific action that helps solve the issue. If you are criticised, listen for the other’s person underlying need or request. Come up with a proposal that helps avoiding the issue going forward. If you really messed something up, saying “I’m sorry.” is just a good starting point. And remember: the critic is not meant personal.

Defensiveness: It’s not my fault!

Defensiveness is nothing else but another way of blaming the other. It typically shows up in form of protective words and body language. Generally a defensive person does not acknowledge own errors or misbehaviours.

The best antidote against defensiveness is the 2 percent rule. Ask yourself: What if only 2% of what is being said was true? With this approach, you have easier access to understanding the other side and the nature of the conflict, and to finding a solution. If the blaming becomes personal, express the criticism you perceive and ask for clarification. If you notice a colleague is being defensive, express respect and appreciation. This will reduce the person’s defensiveness. Ask what s/he listened, and clarify – often you will detect certain misunderstandings. Finally, make sure to listen actively and show that you are understanding what the defensive person is saying. Defensive people tend to feel they are not being heard.

Contempt: I had no doubt you wouldn’t be up to speed 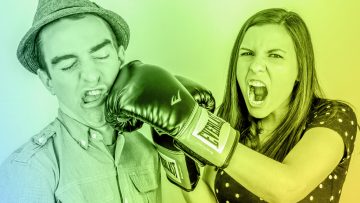 Contempt is probably the most toxic misbehaviour in relationships. Its sarcastic, cynic, hostile humor or disrespectful tone undermines the authority of another person. Eye rolling is a typical gesture of contempt. Often contempt is the result of a process that has been going on in dribs and drabs for quite a while.

COIN – Context, Observation, Impact and Next steps – is the antidote against contempt. When you suffer or observe contempt, reveal it following the COIN order: Here goes an example how this could sound: “I heard you say ‘I had no doubt wouldn’t be up to speed’ when talking about xyz’s part of the project. It felt harsh and disrespectful. Can we agree on dealing with conflict in a respectful manner?” This guide for COIN conversation by the Center for Right Relationships (CRR Global) gives more details on how to deal with contempt. Persons that show contempt should consider mediation for conflict resolution – for example by the team’s leader or a third party (e.g. a coach). They frequently are not aware of their toxic behaviour and neglect that contempt is damaging the receiver, other witnesses – and the giver.

Stone-walling: This does not go with me 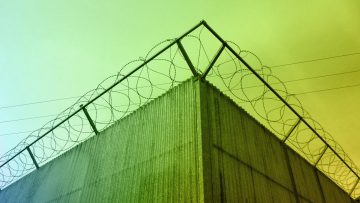 Stone-walling is like cutting the relationship. As a result, there is no engagement, no communication, no contribution, no interaction or opportunity for compromise.

Stone-walling usually is a reaction to fear and danger. If you are stone-walling, explore what you are afraid of. Express it openly and design an agreement with the other person to keep the space safe and help you speak out loud.

It’s not the leader’s responsibility only

Educating the team and keeping the team or organisation toxin-free is not only the responsibility of the leader. The whole team must be co-reponsible to reveal the presence of toxins – remember, it does affect the whole team’s performance. In order to avoid toxins, consider creating a Team Alliance that includes co-responsibility for the 4 toxins and their antidotes. As a practical reminder to keep your team in a toxine-free environment during meetings, you can attach a “toxin-free zone” sign at the entrance of the meeting room or bring a poster with the 4 toxins (or a full team alliance) to your meetings and fix it visibly at the whiteboard. You can download a version prepared by Shine Coaching here).

If you want to dig deeper into the dynamics of teams, leadership and teamwork skills, check our list of must-read leadership books, especially Patrick Lencioni’s “The Five Dysfunctions of a Team”.